Consistent with all open air building envelopes and designs, exterior and environmentally open seismic expansion joints must incorporate a singular or redundant water management system or seal. For the later, pre-compressed foams, zote seals, inflatable seals and de-flatable seals and or a combination thereof, are integrated as the primary water block or secondary seal for building joint covers.

Conventional membranes such as rubber bladders or neoprene membranes are also used to supplement the inherent waterproofing properties of some expansion joint covers or as a method to capture and channel out and away from a building space.

In some instances, thermoset/thermopastic single-ply membranes such as PVC, TPO, KEE and others such as CSPE (Hypalon) are used when heat weldable properties and long term performance goals are set. 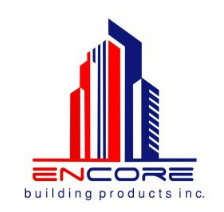 For more information on the companies and products represented by Encore Building Products, please contact us directly or email us at info@encorebuildingproducts.com